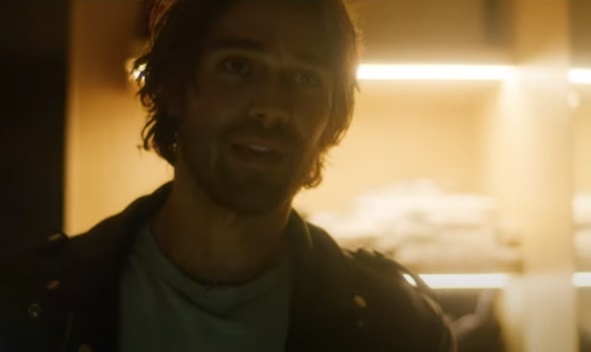 LG has released a new commercial for its LG Wing, which also promotes the upcoming thriller “Songbird”.

The spot gives viewers a glimpse at the world of “Songbird,” where LG Wing is advertised on at least a billboard and some of the characters use it to make video calls. The movie, directed by Adam Mason and produced by Michael Bay, is set in 2022, in a world decimated by four years of pandemic and the emergence of the deadlier COVID-23 virus. KJ Apa plays Nico, a COVID-immune bike messenger on a mission to reunite with his love, Sara, played by Sofia Carson, who is in physical lockdown. The intense trailer reveals that Americans are forced to stay in lockdown, in quarantine camps, and that they are dragged out of their homes by armed forces. “I’m trying to save the only one person left in my life that matters to me,” Apa’s character says in the final scene of the trailer, which features the 1980 single Three Little Birds by Bob Marley and the Wailers, from the 1977 album “Exodus”.

Songbird, which is “the first feature film to be made during COVID-19 in Los Angeles” and “the first major Hollywood movie about the Coronavirus,” will be released next year.

In the US, the LG Wing has been introduced but has yet to be released in the market. The device is also expected to roll out in Europe and Australia.