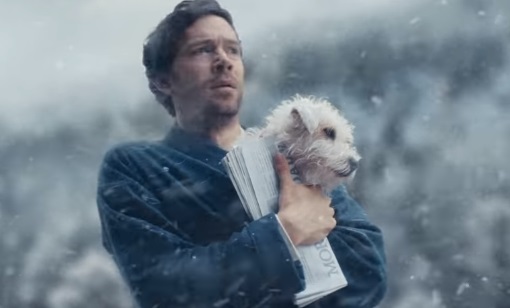 Audi showcases the all-new, fully-electric Audi e-tron SUV in a new commercial, aimed at those who think electric is not for them.

“I know what you’re thinking. Electric, it’s not for you. And you’re probably right. Electric just doesn’t have enough range. It will never survive the winter. Everyone knows water and electricity don’t mix. No more hanging out here either (referring to a gas station). And charging stations? Good luck finding one of those. Electric just can’t keep up,” the voiceover says on the 60-second spot, while onscreen images prove the exact opposite. An Audi e-tron SUV is featured speeding through the desert and snowy landscapes, down a forest road in the rain, being easily charged, with no need for the driver to wait in line, and keeping up with a Formula 1 car, all under the eyes of a young man and his dog. “So, maybe an electric car isn’t for you after all. Or is it?” the voiceover asks at the end of the commercial.

The soundtrack is “Battle Without Honor or Humanity,” also Known as “Another Battle,” by Tomoyasu Hotei, from the 2004 album “Electric Samurai”. The song has been used in numerous movie soundtracks over the years, including Kill Bill Volume 1, Hotel for Dogs, Transformers, Team America: World Police, Made of Honor, and more.

Those who want to be among the first to own an e-tron must act quickly. With vehicle production limited and fulfillment based on reservation date, they must reserve the car as soon as possible. Audi says it will give e-tron owners 1,000 kWh of charging to use at Electrify America fast-charging stations within the first four years of ownership.