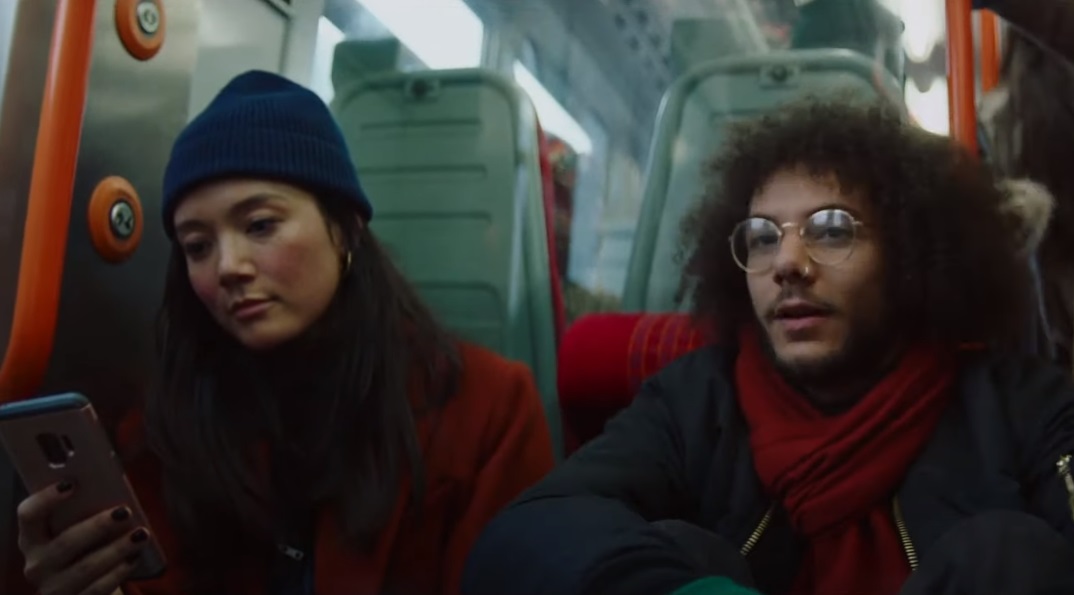 The National Lottery has launched its Christmas ad, encouraging people to take a chance and believe in the magic of hope and possibility this Christmas.

Created by adam&eveDDB and directed by Oscar-winner Tom Hooper, the three-and-a-half-minute commercial opens with a young man who meets a young woman on a train and has a crush on her. He finds the courage to invite her to a party on New Year’s Eve but she rushes out off the train and he barely manages to give her his phone number on the back of a National Lottery ticket, but later on, when she wants to call him, realizes the number is smudged. She tries to reach him, but with no success. On New Year’s Eve, she goes to the train station, hoping she will find him and her wish comes true. At some point, when she almost lost confidence that she would ever meet him again, she hears in the crowd his Crazy Frog ringtone and shouts from the top of her lungs. Everyone stops and makes room for her to run to him. The two almost kiss (for the second time), but she remembers she has a winning Lottery ticket to give him.

The ad, scored by a new arrangement of George Michael’s “Faith” performed by artist Sleeping At Last, ends with the tagline “Just imagine” appearing on the screen.

The integrated multi-media channel campaign, set to run across social, radio, OOH, retail, and press, also includes a real-life experience that invites the public to get involved and special photo booths, placed at chosen train stations across the UK, which will invite passers-by to have their photo taken and see it projected on nearby digital OOH space.