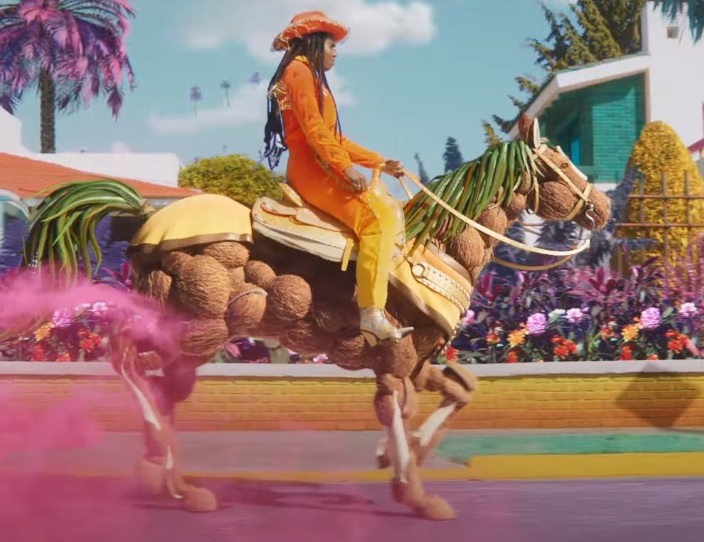 Malibu Rum has unveiled a new commercial, created by Wieden + Kennedy London, for its rum.

Titled “Welcome to Malibu” and directed by Dave Meyers, the spot follows a woman as she discovers a fictional version of Malibu, where a horse made of coconuts named Coco accompanies her on an extraordinary journey. On the way, she meets people in colorful outfits dancing, having fun and enjoying cocktails made with Malibu.

“Welcome to Malibu, where we do whatever tastes good,” the voiceover says at the end of the commercial, which sees the protagonist and several other characters above the clouds.

The soundtrack is provided by a cover of the 2011 hit single “Call Me Maybe“, originally performed by Canadian singer-songwriter Carly Rae Jepsen and included on her EP Curiosity (2012).

The brand’s new campaign is set to run online, digital, out of home, and in-store. Moreover, there is also an extensive social campaign, including gifs, stickers, and behind-the-scenes content.