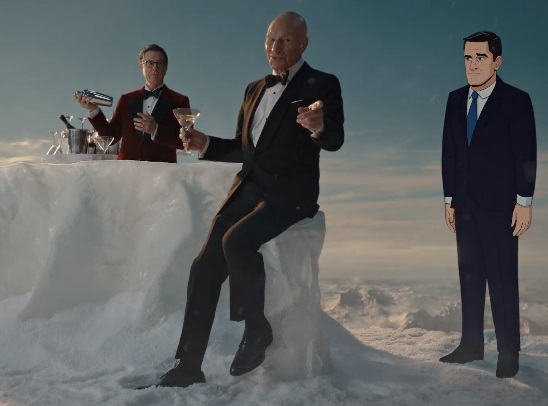 Paramount+ has released a Super Bowl commercial starring Jeff Probst, Spongebob, and Snooki, and a host of celebrities who meet at the summit of Mount Paramount.

The spot, created by Droga5, New York and titled “Sweet Victory,” features Sir Patrick Stewart sitting atop of Paramount Mountain and awaiting for a ragtam team made up of the stars of CBS All Access’s flagship shows, including Stephen Colbert, Tom Selleck, James Corden, Sonequa Martin-Green, Trevor Noah, and more, who embark on a journey to climb the Paramount Mountain. Once arrived at the destination, they learn they did that for a metaphor and some of them are not happy about it at all. However, the Star Trek actor, clad in a tuxedo and a drink in his hand, invites them all to dance to Spongebob’s “Sweet Victory” to celebrate their new “home”.

At the end of the commercial, which celebrates the launch of Paramount+ on March 4, onscreen lines inform that on Paramount+ you will find live sports, breaking news, and a mountain of entertainment.