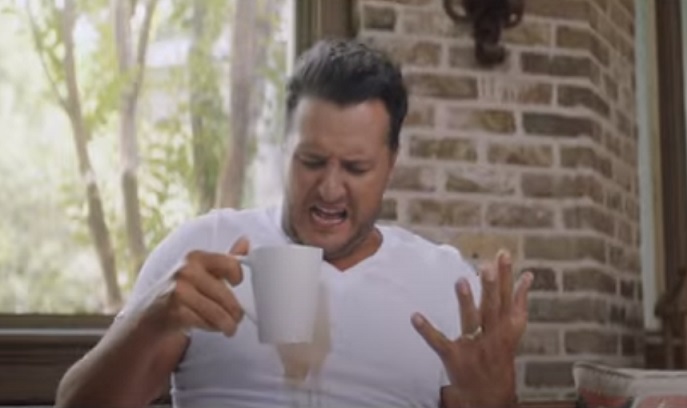 The Australian underwear brand Jockey has enlisted Luke Bryan and his wife, Caroline, to star in a new ad campaign, titled “There’s Only One Jockey”.

In one of the spots, Luke, clad in the iconic white Jockey T-shirt, is reminded by Caroline about their date night. He struggles to keep his T-shirt clean after several incidents only to find out, later on, when Caroline returns home, that their date is the next day.

In another spot, Caroline brings to her husband Jockey apparel for his campaign shoot but it turns out it is not what he expected.

The couple showcases, in the print campaign, which was shot in Nashville, several pieces from the brand’s lineup, including pajamas, loungewear, thermals, as well as the iconic Jockey Classic T-Shirt.

“Luke and Caroline are a great fit for the Jockey brand as their focus on family, dedication to caring for others and playful sense of humor align perfectly with our brand values,” Chris Smith, senior vice president, DTC and chief brand officer, said in a press statement about the partnership with the Bryans.

Bryan is not the only celebrity that starred in a campaign for Jockey. The brand has also enlisted Australian award-winning actress, radio broadcaster and children’s author Kate Ritchie to advertise its “No Pants Line, Promise” range.

The 40-year-old celebrity stars in the brand’s “She’s Got the Power” campaign, alongside several other women, rocking underwear from the collection, which “creates the illusion of nothing at all, under any outfit”. The styles have been paired silky tops and bold blazers to emphasize this last idea.