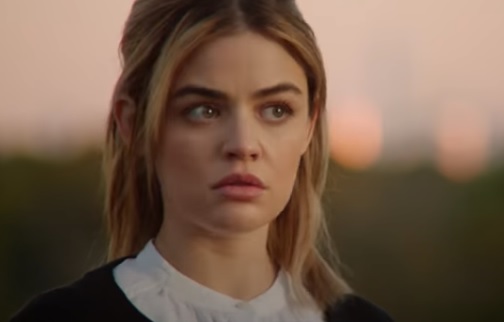 Lucy Hale stars in a new film, this time not as a teenage girl, but as a young woman. One with intimacy-related problems, though.

The romantic comedy “A Nice Girl Like You,” based on Ayn Carrillo Gailey’s 2007 popular memoir “Pornology” and a screenplay by Andrea Marcellus and directed by Chris Riedell and Nick Riedell, revolves around Lucy Neal, a violinist who – after being accused by her ex-boyfriend of being too inhibited and willing to prove him wrong – creates a rather wild to-do list that sends her on a whirlwind journey of self-discovery, friendship, and new love.

The trailer gives viewers a glimpse into Lucy’s “adventures” as well as some steps to follow, such as face your fears, learn from the pros, take a chance, “Sometimes, nice girls can finish first.

The songs used in the trailer are “On the City Lights” by BB St. Clair and “Second Chances” by Bryar feat. Anna Renee.

A Nice Girl Like You is set to be released this summer, on July 17.