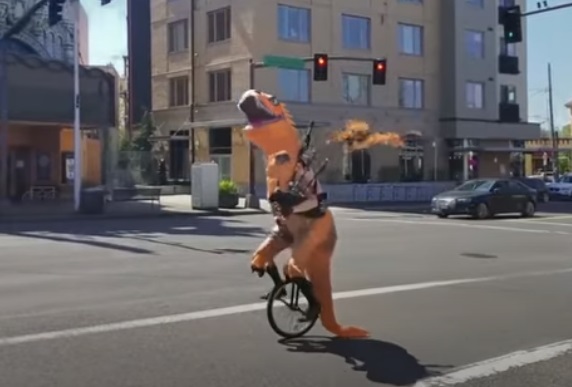 Lay’s has released a new ad to celebrate joygivers.

“We all know someone who brings us joy when we need it most. Through smiles. Laughter. The hit of the totally unexpected.

At Lay’s we call them joygivers. And we’re here to celebrate them,” the voiceover says in the opening of the 60-second spot, which features footage of real joygivers who have made someone’s day, such as a worker dancing in the parking lot, an artist who painted a doctor as a fighter with an angel wings, a father who find an innovative solution to help his daughter surf in the backyard, a deliveryman who dances in front of a door before delivering a package, nurses dancing during a break at work, a girl leaving flowers on the stairs in front of a flat, and more.

“What they do may seem small, but it can make a world of difference. Because they do it without strings and without a second thought. While they may not change the problem, they can change our perspective,” the voiceover adds, urging viewers to help make joygivers known.

The soundtrack is the 2019 single “All The Feels” by American neo-soul/pop band Fitz And The Tantrums, from their fourth studio album of the same name.