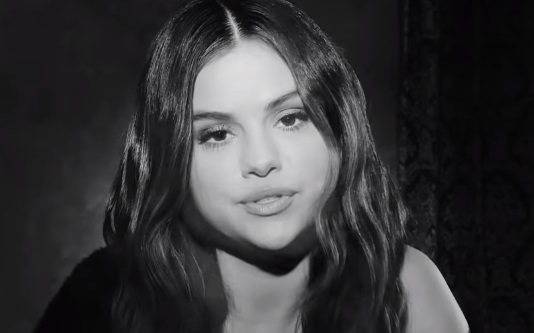 Selena Gomez has filmed the music video for her latest single, Lose You to Love Me, entirely on an iPhone 11 Pro.

The pop singer is shown in black and white, performing the song while looking straight to the camera.

Apple promotes it on its YouTube channel, where it posted a 60-second clip of Selena Gomez, as well as on Apple Music. The artist has also specified this “detail,” using the hashtag #ShotOniPhone in her tweet about the new video.

Lose You to Love Me, which marks Selena’s first music video in over a year, was directed by Sophie Muller. However, this is not the first music video to be shot on an iPhone. In 2018, Canadian rock band Metric used an
iPhone X to create the video for its song Dark Saturday. Recently, Star Wars director Rian Johnson used the iPhone 11 Pro to make a short film called Paris 9/19.

AT&T has recently promoted the iPhone 11 Pro in a commercial featuring Gordon Ramsay. The famous chef is spotted by a young couple in a cash&carry, serving free samples. “Handing out free samples is just an OK use of Gordon Ramsay’s talent in a kitchen. Kind of like having an amazing new iPhone 11 or iPhone 11 pro, and using it on a network that isn’t AT&T,” the carrier stated, urging viewers to get the most from their amazing new iPhone 11 Pro on America’s fastest network for iPhones”.

The iPhone 11 Pro, unveiled during an Apple Event held at Apple headquarters on September 10, features an advanced triple-camera system with all-new Ultra Wide, Wide and Telephoto cameras, a “night mode” designed to take better photos in low light, the highest-quality video in a smartphone (according to the brand, the device can take 4K video with “extended dynamic range and cinematic video stabilization” at up to 60 frames per second), water-resistance up to 2 meters for up to 30 minutes (double the depth of iPhone XR), Liquid Retina LCD, all-day battery life, and faster Face ID.