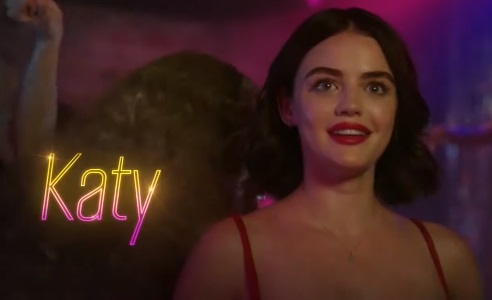 The CW has released the trailer for the second spinoff of its hit teen series Riverdale, Katy Keene.

The show, based on the Archie Comics character of the same name, takes place about five to ten years after the events currently being shown on Riverdale and follows aspiring fashion designer Katy Keene (Lucy Hale), who is now in her 20s, as she tries to follow her dreams in New York City.

The trailer features the four main characters – Katy, Josie, Jorge, and Pepper, as they are struggling to make it big in New York City. Josie dreams of becoming a singer/songwriter, Jorge is intended to make it on Broadway (his drag persona, Ginger, is also introduced), and Pepper an “it girl” with a mysterious past. The trailer also includes inspirational quotes like, “watching her pursue her own dream, it reminded me I should be doing the same thing,” and “it doesn’t matter what your day job is. This is where you need to be”.

The songs used in the trailer are “Catalog Girls” by The Kinnardlys, included on the 2011 album “Girlfriend Pop 3” by Various Artists, and “Can’t Stop Now” by NineOneOne.

Katy Keene is set to air Winter/Spring 2020 during the midseason.