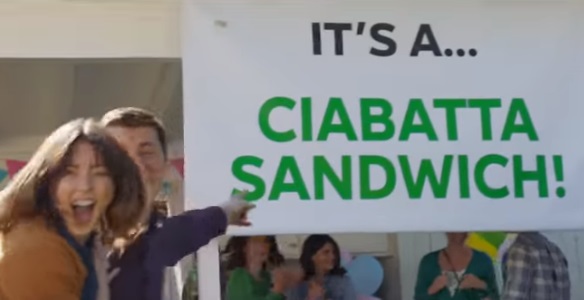 The 15-second spot features a couple at what it seems to be a gender reveal party at their house, but it turns out it’s actually a sandwich reveal party. The paper unfolding when they count down to 1 reads “It’s a Ciabatta Sandwich!”.

Viewers are then given a glimpse at the new menu items, made with fresh mozzarella, new sauces and new fresh-baked ciabatta bread.

The collection, with prices that range from $6.19 to $6.79 and may vary by location, will be available at participating locations nationwide for a limited time.