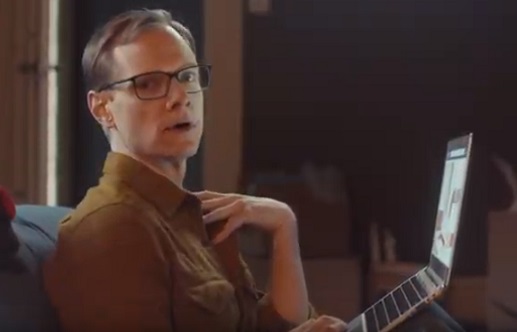 Amazon has released a series of new ads, introducing “Showroom”, a new visual design tool that allows you to place furniture into a virtual living room, customize the décor, then shop the look.

One of the spots features a young man using the Showroom feature on his laptop to see how a bureau would fit in his bedroom. The visual experience he has makes him exctatic and he immediately decides to purchase it and fill the empty space in the room.

“Design your perfect space with Showroom,” an onscreen line reads at the end of the commercial, which is set to the romantic ballad “Tonight, I Celebrate My Love” performed by Peabo Bryson and Roberta Flack. Included on their 1983 album of duets, “Born to Love,” the single became a million-selling international hit and was recorded by several artists, such as Perry Como, Gloria Loring, Katie Price and Peter Andre, Amy Sky and others.

The Showroom feature, built entirely in-house, according to Amazon, can be accessed from the “Accounts & Lists” drop-down on the web, the Home, Garden & Pets department on the web, or the Home & Kitchen department on the mobile app. In a virtual setting, users can make adjustments to the wall color and the flooring, swap out each item in the space with one of their own choosing, including the sofa, coffee table, chair, end table, lamp, rug and even the art on the wall.

In 2017, the retailer, which has its own in-home furniture brands (private labels Rivet and Stone & Beam), launched an AR shopping feature in its app, designed to help shoppers visualize items in their home ahead of purchase.