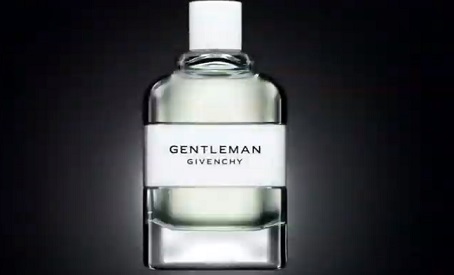 Givenchy advertises its Gentleman Cologne Eau de Toilette in a new commercial, that focuses on the bottle design.
The spot features the song “Enjoy Yourself” by American rapper A+, from his second and final album, “Hempstead High”, released in 1999.

The brand “twists the classic Cologne with an iris-infused electrifying citrus tonic,” providing thus men with “a liberating shot of vitality for when it’s time to let go, flip the rules, feel the rush,” according to Givenchy. Described as an “irreverent fragrance for free-spirits, who follow only their instincts,” this cologne also has notes of Bergamot, Lemon, Rosemary, Musk and Vetiver.

This is not the first commercial for the modernized reinterpretation of the brand’s legendary men’s fragrance Givenchy Gentleman. Last year, the fashion house has enlisted actor Aaron Taylor-Johnson to star in a film directed by English filmmaker and photographer Sam Taylor-Johnson. He plays the role of a bored guest at a party who decides to liven up the atmosphere by changing the music people are listening to and starting to dance on the table together with a young woman. When a bare-chested dancer joins them, he gives his jacket to the dancer and the flower he was wearing in the jacket’s pocket to the lady.