Converse The Woman Who Lived In a Shoe Commercial 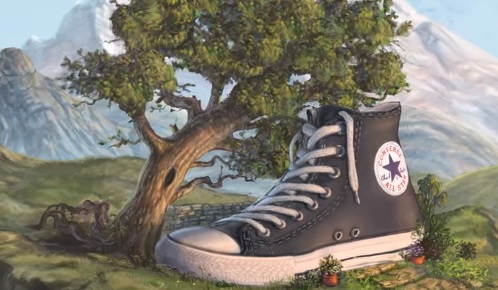 Converse used the popular English language nursery rhyme “There was an Old Woman Who Lived in a Shoe” and turned it into “modern day nursery rhymes for women who own their stories”.

Created in 1917, the Chuck Taylor All Star sneaker was the original basketball shoe. Its use has changed over the years, becoming an everyday icon. The Chuck Taylor All Star unisex shoe is available as low top and high top. The timeless silhouette features lightweight and durable canvas upper, low profile for ultimate flexibility, medial eyelets to enhance airflow and reimagined All Star license plate. They come in a range of predefined colors, such as red, black, natural ivory, pink, optical white, and more, but they can also be customized. The Custom Chuck Taylor All Star lets customers put their own spin on the iconic canvas style.