Dodge SRT The Devil Went Down to Georgia Commercial Song 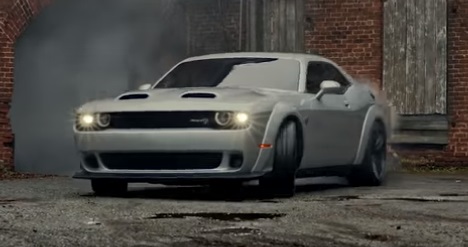 Dodge has released a new ad, highlighting that the brand’s SRT lineup of vehicles has arrived in Atlanta, Georgia, as part of the Dodge Big Game Blitz.

Titled “The Devil Went Down to Georgia” and created in partnership with Doner Agency and Racing Cowboys, the spot introduces a remake of the classic song of the same title, crafting a custom version with a new vocalist and fiddler that intertwines the music with Dodge engine notes. Footage of the SRT vehicles speeding down the city streets is juxtaposed with images of the fiddler, who says – at the end of the commercial – “Let’s start this show, Georgia!”.

Written and performed by the Charlie Daniels Band and released on their 1979 album, Million Mile Reflections, “The Devil Went Down to Georgia” has been covered by many artists over the decades, including The Levellers, Steve Ouimette, Rock/metal band Primus, the rap group K.M.C. Kru, A cappella group Home Free, electric string quartet Stringfever, country music singer Jerry Reed, Adrenaline Mob, and others.