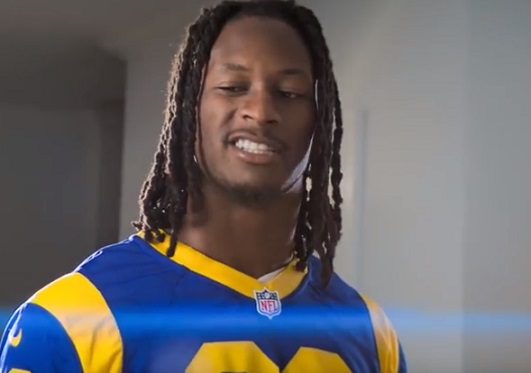 Pizza Hut and Pepsi are partnering up to send you to Super Bowl LIII. The fast-food chain has released a 30-second commercial, showing some of the ways you can enter the sweepstakes.

The ad features a guy who realizes he won the big prize and is visited by Todd Gurley, who congratulates him. “I’m here to deliver you to the Super Bowl LIII,” the LA Rams running back tells the lucky winner, who starts cheering excitedly. Carrying a Pizza Hut pizza box and a bottle of Pepsi, the latter walks next to Gurley to a car that takes them to the highly anticipated sporting event.

“Pizza Hut and Pepsi want to deliver you to Super Bowl LIII and get you on the field at halftime,” the voiceover says, urging viewers to find entry codes on Pepsi four-pack carriers only at Pizza Hut and enter at pizzahut/com/pepsisweeps or share your homegate on Twitter (using the hashtag #HutxPepsiSweepstakes) for a chance to win. The Sweepstakes ends on December 31, 2018.

Pizza Hut and Pepsi are official sponsors of the NFL.