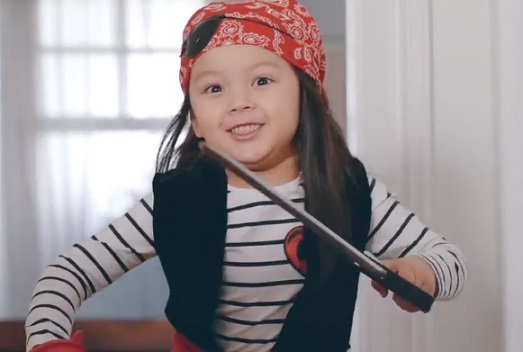 Bounty advertises its paper towels in a new ad, highlighting that Bounty paper towels pick up spills quicker and are 2x more absorbent than leading ordinary brand, so you can get back to more important things.

The 30-second spot features a little girl dressed as a pirate “attacking” her dad, who’s holding a cup of ice coffee near the kitchen counter, where her mom is working on the laptop. When she hits him in the back, the coffee gets spilled, which makes the two adults rush to get the Bounty paper towels. “Bounty paper towels pick up spills quicker and are 2x more absorbent than leading ordinary brand,” the voiceover says at the end of the commercial, adding the tagline “The Quicker Picker Upper”.

Viewers who are on a budget are advised, at the end of the spot, to try the new Bounty Essentials.