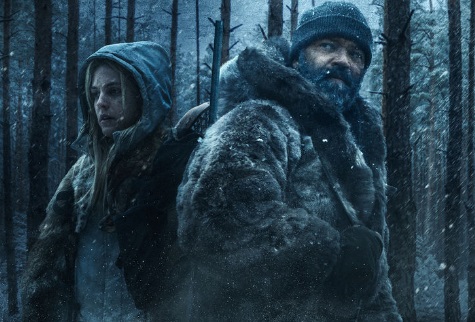 Netflix has released the trailer for its upcoming original film Hold the Dark.

An adaptation of the book by William Giraldi, the film, described as a “gripping psychological thriller,” is set in the treacherous Alaskan wilderness and revolves around a retired wolf expert summoned to investigate the disappearance of a local woman’s little son, who was taken by wolves. As he embarks on the mission, he soon finds himself caught in a harrowying mystery.

The trailer features Riley Keough’s character as the mother of the boy taken by wolves asking the wolf expert Russel Core (Jeffrey Wright), through a letter, to come in her village and search for the respective animals that took her child. She mentions no one in the village will hunt them and she must have something to show her husband, who will come home from the war soon. She is also seen asking the man to kill the wolf who took the boy. As the trailer goes on, things become more and more mysterious and intriguing, raising many questions.

Hold the Dark is set to premiere on September 28 only on the streaming service.