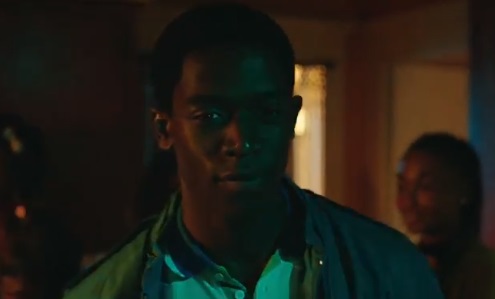 The new episodes of the show created by John Singleton, Eric Amadio and Dave Andron, will follow, according to the network, “the ensemble of characters as they intersect and overlap within the mosaic of Los Angeles as we enter 1984, all of them working toward their ultimate goals of money, power and influence.” Young street entrepreneur Franklin Saint (Damson Idris) begins to “experience the perils of success”, CIA operative Teddy McDonald (Carter Hudson) “finds that his off-book drug-funded operation might be vulnerable from unexpected sources, both personal and professional”, and the drug-running couple Gustavo “El Oso” Zapata (Sergio Peris-Mencheta) and Lucia Villanueva (Emily Rios), “discover the potency of crack and try to exploit it, despite the new dangers involved”.

The trailer, scored by Ronnie Hudson ‘s “West Coast Poplock”, features Idris’ character going to a party where he meets his fellows Leon (Isaiah John) and Kevin (Malcolm Mays). After walking through the house, he gets out on the back door and looks around. Gunshots are then heard in the dark and several bottles of pills are seen falling onto the pavement, leaving viewers with the question “Was Franklin killed?” The answer will be found out starting July 19, when the new season will premiere.

Season 2 of Snowfall will air on Thursdays at 10pm ET/PT.