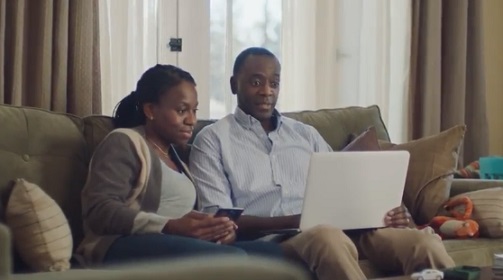 Zillow has launched a series of new ads to promote its services.

One of the spots, aimed at highlighting that the right room has room for siblings “to grow up, but not apart”, opens with two brothers fighting in the bedroom they share. When one of them asks their parents, who are searching through real estate listings, when he will have his own room, they are answering they’re working on it. They soon find on Zillow an affordable three-bedroom house, but, once moved in, the parents have a surprise: the kids are still sleeping in the same room, and a bedroom is empty.

The commercials ends with the voiceover saying the company’s tagline, “Find your way home with Zillow”.

In 2017, the online real estate database company tugged at people’s heart strings with one of the commercials part of the “Finding Home” campaign, developed by Deutsch, that featured a recent widower who bought a new home for him and his young son, still sufferring after his mom’s death. Titled “Stars” and soundtracked by K.S. Rhoads’ “Our Corner of the Universe”, the ad showed the boy looking through the window at the stars and telling “Good night, mom!”, hoping that his mother sees and hears him.