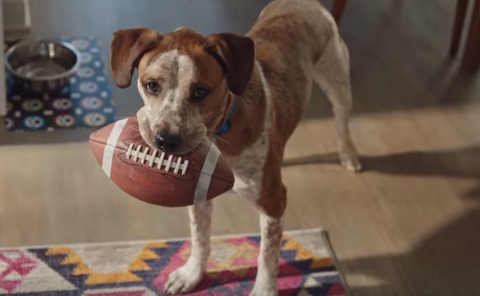 Walmart has launched a new ad, highlighting that you can get up to $25 off a Walmart order through Google Express when you buy any Google Home device.

The 30-second spot, titled “Anything You Want”, features a married couple with kids asking Google to add various products from Walmart on their cart based on their family’s needs at a specific moment in time. Thus, the mother asks Google to add coffee on her cart and, seeing the children licking their fingers during lunch, asks Google to add also paper towels. Her husband, on the other hand, has more things to add. Seeing the huge pile of dirty clothes brought over by his wife to be washed, he asks Google to add laundry detergent to his cart, then a baking pan, and a football from Walmart, given that his football gets “stolen” by the family’s dog, who runs away with it.

The commercial, soundtracked by Roy Orbison’s iconic song “You Got It”, from his 1989 album, “Mystery Girl”, ends with the onscreen line “Get up to $25 off a Walmart order through Google Express when you buy any Google Home device”.

Small onscreen lines also inform that the deal, available in the contiguous United States only, foresees the activation of the purchased Google Home device between October 4, 2017 and January 15, 2018 to qualify. Coupons (max. two per household), that will be automatically issued after linking account to Walmart.com and are valid only for Walmart orders on Google Express, expire January 31.