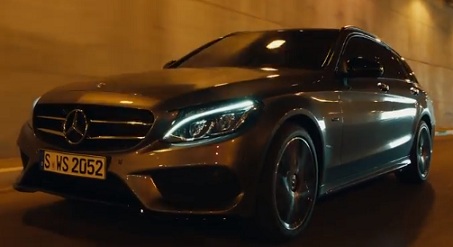 The spot, set to the rhythms of the 2008 single “Come Around” by Are We Brothers? (a rock band from Denmark), features a variety of situations in which things are “almost…”, but not how the protagonists would want them to be. A teenager is seen “almost passing” his driving test after having slammed on the brakes at a crossroads intersection, when he didn’t see the red light, a gymnast is seen in tears after she had won “almost gold” at a championship, a young couple “almost together” are seen looking at each other from the distance, with her at the window and him down in the street, another young couple at the movie theater are seen “enjoying” “almost perfect view” with a massive guy sitting in front of them, and a man dressed in a suit is seen falling into a puddle while running after a bus to catch it, which makes him get to work “almost on time”.

The commercial ends with the onscreen line “Almost gets you nowhere.” and highlighting that Mercedes-Benz service and genuine parts are “Simply reliable”.