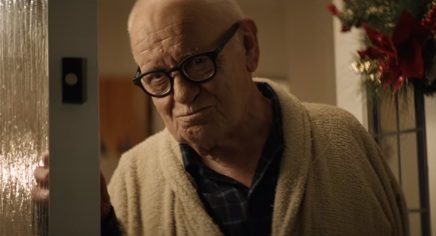 New Zealand mid-market department store chain Farmers has released its 2017 Christmas ad, pulling at viewers’ heartstrings with the touching story of a gruff old man on a secret mission to help his neighbors and the unexpected gift he gets in return.

The 60-second spot, created by FCB New Zealand and titled “Secret Santa”, features the old man (played by actor Ian
Mune, a Kiwi icon) trying to help his new neighbors, a family of four, without being found out. After watching them from his window, he buys from Farmers some things they need and gives them as if it was just a fluke. The family’s oldest kid, a young boy, figures out that the senior’s gestures were not unintentional and decides to leave at his front door the snack prepared for Santa.

FCB ECD Tony Clewett said, regarding this campaign, that the intention was to “find a fresh way of portraying the spirit of giving at Christmas, but in that Kiwi, low-key, don’t-get-too-carried-away kind of way.” and that they wanted Farmers “to be part of the story”.