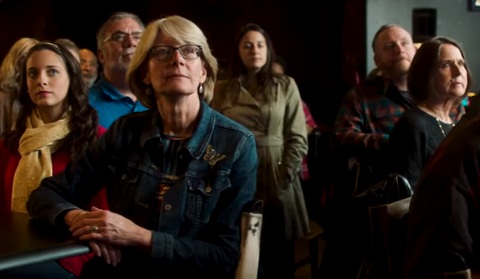 Budweiser has taken the Bud Car for one last ride to honor Dale Earnhardt Jr.’s legendary NASCAR career and toast his retirement and released a short film featuring the reaction of the biggest fans from his hometown when they saw the tribute.

The 60-second spot, titled “Junior Nation Says Thank You”, features several people gathered in a bar from Charlotte, North Carolina, watching the Bud Car on a TV, and talking then about how they feel about Dale Jr’s retirement. “You know, Jr. retiring means that there’s a void.” – one of his fans says, asking then “Who am I going to root for?”. The “Pied Piper” of Daytona, described by his fans as “the heart of NASCAR” and “an important cornerstone of NASCAR”, will definitely be missed, judging by the statements made by his fans, who have also thanked him for everything he has achieved and congratulated him. One of the fans has even invited him to go for a Budweiser. “Seeing the Budweiser car brought back a lot of emotion, it made me feel like I was part of something special. Like this was directed towards me.” – one man said.

The tribute video released by Budweiser, titled “One Last Ride” and soundtracket by the single “The Night We Met” by LA-based indie folk band Lord Huron, features Dale Jr., who drove the Bud car for eight years, in some of the most important moments of his career.