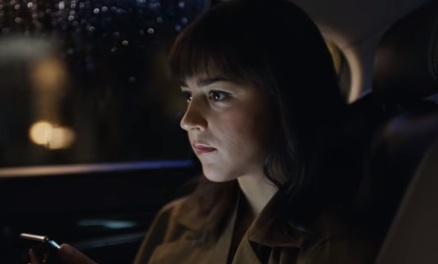 Samsung continues its ad campaign promoting the recently launched Galaxy Note 8 with a new commercial, focusing on the device’s S Pen, that enables users to express themselves in unique ways, by drawing their own emojis or write a message on a photo and send it as a handwritten note.

The 60-second spot, titled “I Love You”, aiming to highlight that “There’s a new way to share how you feel with Live Message on the new Samsung Galaxy Note8”, features a young couple sharing their growing affection for each other through Live Messages. Both the woman and man are shown modifying with the S Pen photos of them and writing, eventually, what they feel. “I think I love you” – she writes one night, after a date. His initial answer – a joke (he asked “Who dis?”) – that makes her eyes pop out of her head – is immediately followed by the reveal that he loves her too.

The song used in the ad is “Similau (See-Me-Lo)” by Peggy Lee with Dave Barbour’s Afro-Cubans.

According to the manufacturer, the S-Pen can be used anytime, under any circumstance, no matter what the weather is like, as it is water-resistant, enables you to start your everyday organized with the Screen off Memo to keep important matters on top of your mind, and – with Translate & Convert, to easily translate different languages at the tip of the pen.

The Samsung Galaxy Note 8, boasting a 6.3-inch Infinity Display, also features an enhanced dual camera, with Outstanding Portrait & Dual Capture, that allows you to get two photos in one shot: a portrait photo and another one with its surrounding, with Dual OIS & 2X Optical Zoom, that allows you to take stunningly clear photos without missing any details, even when you are on the move and in a shaky moment, and with Low Light Camera.