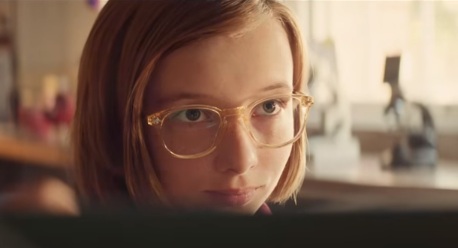 General Electric has released a new ad, introducing Molly, a young woman working at GE, who “is making the world work better”.

The spot features Molly as a kid who began inventing all kind of mechanisms out of the need to have her chores done easily without her putting too much effort. Thus, she invents a system to take out the trash without getting out of her room, a cleaning device that cleans her fish bowl, a system including the ring bell from the entrance door that enables her to stay in her room and just hear when someone comes on the alley in front of her house for cookies, a system that arranges the blanket on her bed, a device that sweeps the floor, a system that has the lawn mower mowing the lawn without her holding it, and others.

The spot ends with Molly as a young woman working at GE, who explains to one of her superiors how a robot invented by her works. The latter doesn’t hesitate to praise her work, saying that’s “amazing” what she has done. The song used as soundtrack is Di Gue Ding Ding” by French musician Michel Legrand.