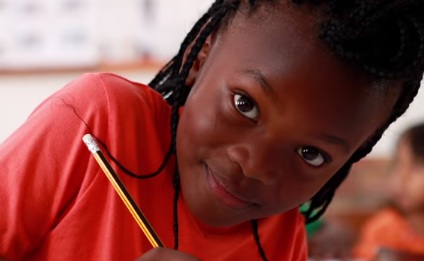 Procter & Gamble has launched a new campaign, aiming to highlight that they aspire to build a better world for all of us, free from gender bias and with equal representation and an equal voice for women and men.

“Hugs don’t care who give them”, “Equations don’t care who solve them”, “Households don’t care who head them”, “Fears don’t care who conquer them”, “Love doesn’t care who gives it”, “At P&G #WeSeeEqual” – this is the message conveyed in the 30-second spot, featuring a man in his baby daughter’s crib, hugging her, an African-American young boy at school, solving an equation, an Asian mom returning home after work and kissing her little daughter, who’s welcoming her, an elderly woman doing bungee-jumping, a dad carrying his baby in a SSC and making him laugh out loud.

The song used in the ad is the single “What’s Up” by American rock band 4 Non Blondes, from their 1992 debut album, ” Bigger, Better, Faster, More!”, with the phrase “what’s going on?” prominently included in the chorus.