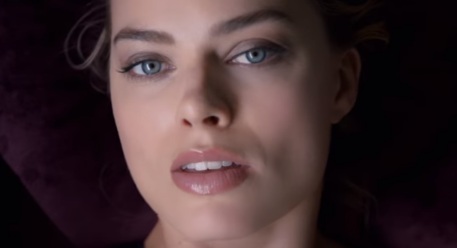 The gorgeous Australian actress is shown lounging on a velvet sofa in a Calvin Klein Collection slip dress and then taking part to a wild party with shirtless men exposing their toned abs, to imply then the idea that she only fantasized about it in order to highlight that the brand’s new scent makes her to face her deepest desires.

Directed by Francis Lawrence (also known for “The Hunger Games” and “I Am Legend”), the spot features the song
“Deep” by American songwriting duo Marian Hill (consisting of production artist Jeremy Lloyd and vocalist Samantha Gongol), from their 2016 album “ACT ONE”.

Margot Robbie started her partnership with Calvin Klein in June 2016, as the face of Deep Euphoria. She joined the ranks of Diane Kruger, Rooney Mara, Christy Turlington and Doutzen Kroes, who have all previously starred in the brand’s other fragrance commercials.