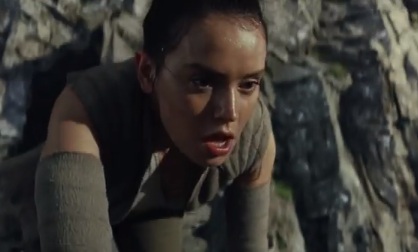 “I only know one truth. It’s time for the Jedi to end” – is the message conveyed in the teaser trailer for the upcoming Star Wars: The Last Jedi.

The next chapter of the Star Wars saga sees Rey continuing her epic journey with Finn, Poe and Luke Skywalker, after having taken her first steps into a larger world in Star Wars: The Force Awakens (2015). The clip shows Rey continuing her training with Luke, reveals strange new worlds and something that seems to be a space battle between The First Order and the Resistance.

The release is the US theaters is slated for this winter, on December 15.