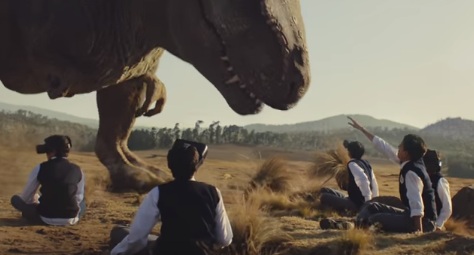 “One generation’s impossible is the next one’s normal” – is the message conveyed in one of the latest commercials released by Samsung to promotes its products.

The almost 2-minute long spot, titled “The New Normal” and set to the rhythms of a remix of “Across The Universe” (originally by The Beatles), performed by Rufus Wainwright, explores how Samsung’s innovations have changed what was once considered to be impossible to normal. Scenes featuring memorable family moments, such as the birth of a baby, the first swim of a kid, captured with Samsung smartphones, thanks to its water-resistance, are shown, as well as the advantages the smartwatch Gear S3 offers, such as paying for purchases – via Samsung Pay – by simply getting the device closer to the POS and not using money. The brand’s wearable tech is featured, as well. The ad shows a man going live with Gear 360 to show his wife and newborn baby the Northern Lights, and a group of pupils experiencing virtual reality with VR gear headsets, at school, during a class about dinosaurs.

Samsung invites you to get a free Gear VR with Controller plus Oculus content bonus and Platinum Experience with Samsung Rewards when you pre-order the Galaxy S8. For an additional $99, you can get the full Gear VR experience including premium headphones by AKG and 256GB memory card.