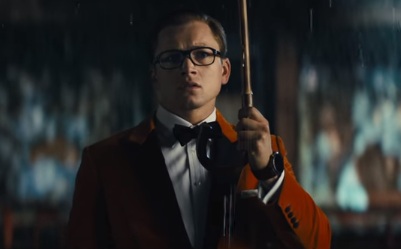 The full trailer for the highly-anticipated Kingsman: The Golden Circle, due out this fall, has been released.

The sequel to 2015 film Kingsman: The Secret Service, directed by Matthew Vaughn, sees Eggsy and Merlin embarking on a mission to save the world together with allied spy organization Statesman, after their headquarters are attacked by criminal mastermind Poppy.

The trailer, set to the rhythms of Frank Sinatra’s “My Way”, shows the attack on the Kingsman’s headquarters, which leaves them completely destroyed, and features, besides original cast members that reprised their roles, such as Taron Egerton, Mark Strong, Sophie Cookson, Colin Firth and Michael Caine, new cast members portraying Statesman agents, such as Channing Tatum, Halle Berry, Pedro Pascal, and villains, such as Julianne Moore, who plays Poppy, who is a member of the secret new world order group “The Golden Circle”, and rules a secret base in the mountains, which includes an amphitheater, a diner, and others.

“Eggsy, I saw in you what someone once saw in me. Something that can’t be taught. The makings of a Kingsman. Being a Kingsman is more than the clothing we wear or the weapons we bear. It’s about being willing to sacrifice for the greater good. I hope you’re ready for what comes next.” – is told Eggsy (Taron Egerton) at the beginning of the trailer by his mentor, Harry (Colin Firth), who returns from the dead (he was killed in the 2015 film).