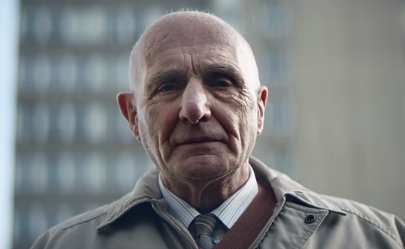 Alzheimer’s Society, the leading support and research charity for people with dementia, their families and carers, has released a new TV advert, inviting you to support the fight against dementia.

“It’s time to forget. To forget about your age. Forget about your race. Your social standing. Your ideological view. Forget about your allegiances. Your tastes. Your identity. Whether you voted in or out. Forget about everything that keeps us apart because dementia doesn’t care.” – says the voiceover in the 90-second spot, titled “Time to forget” and featuring the encounter between people of different ages and races, with opposed ideological views and allegiances, with different tastes and identity, that initially seems marked by opposition and disagreement, but turns into an exchange of meaningful looks and smiles.

The voiceover continues his speech by mentioning that dementia is “set to be the UK’s biggest killer and too many are facing the disease alone.” “But we can improve care, offer help and understanding and urgently find a cure, if we stand united against dementia”.

If you’re ready to take action, you can donate, campaign, or become a Dementia Friend on Alzheimer’s Society’s website.