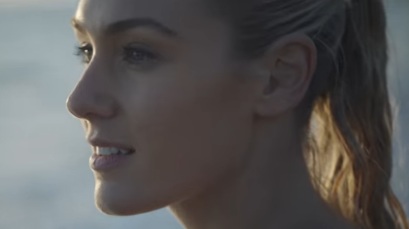 Volvo invites you to an immersive digital experience, giving you front row seats to the 360º live reveal of the new Volvo XC60 from the Geneva International Motor Show, that will be taking place on March 7, at 10:45am CET.

The Swedish automobile maker has released two teasers, so far, with the countdown to the launch event and inviting you to join for the live reveal. The first teaser, announcing there were 7 days to go, features a woman watching the city lights at night, and the second teaser, announcing there are 5 days to go, features a couple on a rocky beach, looking into each other’s eyes and holding hands. Also, a small part of the new compact crossover SUV is displayed, but with no particular detail.

The XC60 (with the xenon headlamps) has been named a Top Safety Pick+ every year since the award’s inauguration in 2013.

With a turbocharged and supercharged engine, it offers performance equivalent to six and even eight-cylinder powerhouses.

Volvo states that the XC60 comes with more comfort, convenience and safety features than its competitors*, such as Back Up Camera & Rear Parking Sensors, Navigation with Real Time Traffic, Blind Spot Monitor System, Volvo On Call with Engine Remote Start, Panoramic Sunroof, and others.