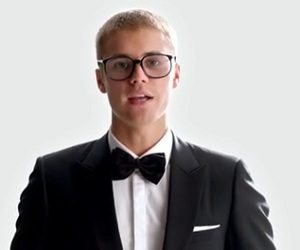 The 60-second spot, launched with the hashtag #UnlimitedMoves, starts with Bieber wearing a suit and eye glasses, introducing himself as “Celebration Expert”. “First, there was the high-five”, says Bieber at the beginning of his short speech about the evolution of touchdown dance moves. “We’ve got the shimmy, we’ve got the shake, and the shimmy shimmy shake. Then it was TO (Terrell Owens), who took it to the next level. That guy has unlimited moves”, says Bieber watching him dance. “Today, everyone wants things unlimited”, adds Bieber, who’s joined by a little girl, who starts showing off her dance moves, as well. “Nice moves, kid”, he says smiling. “I’m not done yet”, answers the girl, keeping on dancing. As the spot comes to its end, the voiceover asks you to “say goodbye to limits” and introduces T-Mobile One (“All Unlimited, All In” – taxes and fees included).
Eventually, Bieber says “Everyone loves unlimited” and invites you to post your moves now and he will share his favs.

The song used in the ad is Bieber’s single “Children” from his 2015 “Purpose” album.