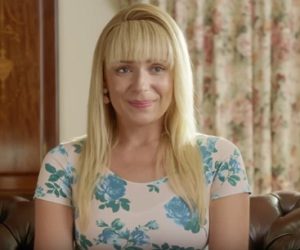 The first 30-second spot tells the uncomfy tale of a woman who, back in 1995, when she went to her boyfriend’s house to meet his parents, wore a pair of undies made of 100% polyester. As she was chatting with the hosts, a terrible discomfort caused by the underwear made her go to the bathroom and take it off, which implied finding a place to stash it. After having looked around, she decided to throw the undies into the toilet and flush, but, unfortunately for her, those were not the flushable kind and got out of the toilet, dragged by water below the bathroom door into the hallway.

As the spot comes to its end, viewers get to see the woman, now in her 40s, in a new type of undies, from Bonds, “so comfy that she never wants to take them off”. New Bonds Comfytails are available in full brief, midi brief, high leg and bikini.