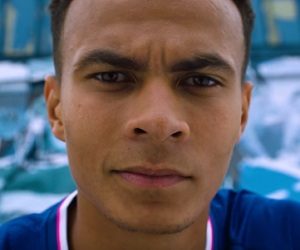 Adidas has released a new commercial, featuring the Ace 17, described as the sportwear “built for precision, power and stability for ultimate ball control”.

The 50-second spot features Bamidele Jermaine Alli, aka “Dele”, the English professional footballer who plays as a midfielder for Tottenham Hotspur and the England national team, in front of a blue wall covered in posters. Sporting blue Adidas gear and Ace 17, the 20-year-old football player appears also in several close-ups, showing his determined look, and illustrating the idea of ambition that can take anyone from small parks to big stadiums.

The new Ace 17 is a laceless boot for the purest touch with a purecontrol finish for total control and a purecut sock system for stability. Using boost technology, Ace 17 provides you with ultimate energy so you can go longer than the rest.

The music used in the ad is an exclusive track by Abra Cadabra.