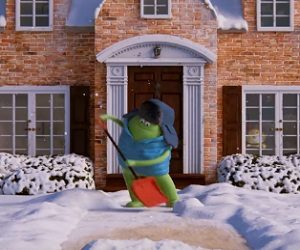 “This holiday, get ready for Cricket to rock your world” – this is the invitation made in the latest commercial released by Cricket Wireless.

The 15-second spot, promoting the possibility to get the Alcatel Idol 4 plus VR Goggles for $99.99, features an animated character that gets out to remove the snow from the alley in front of his house and, after putting his VR Goggles on, turns into a rock star, performing on a stage.

The commercial ends with the voiceover inviting you to get the Alcatel and the VR Goggles and mentioning the brand’s tagline, “Something to smile about”.