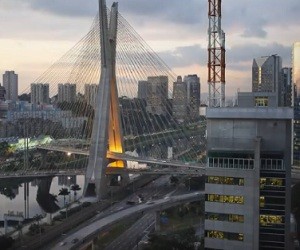 There’s a bank in Europe that stands at corporates’ side like no other.
One which accompanies European corporates worldwide.
A bank that finances a large share of European foreign trade, and was founded especially for that purpose over 140 years ago.
That’s why so many companies in Europe rely on it for their international trade.
We are that bank.
Commerzbank – The bank at your side.