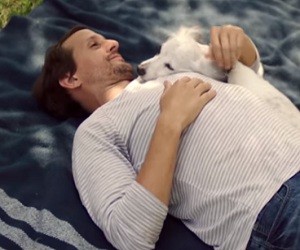 Honda has released a touching commercial for the 2017 Ridgeline Truck, in order to show that this truck is ready to take on life challenges big and small.

Titled “Lost and Found”, the spot features a man, owner of an all-new Ridgeline, who saves a dog and gets really attached to him. Their friendship under the same roof stops, though, when he finds out that the pet is searched for by his owners. Thus, he takes the dog back to his home and to his owners, who are really really happy to have him back.
The commercial ends with the dog remaining watching at his owners on one side, and at the man’s car getting away, on the other side. The campaign tagline appears on the screen, as well: “For big things. And little things”.