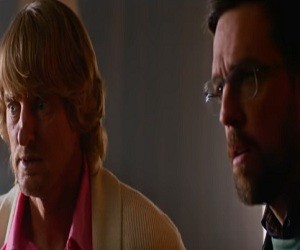 Owen Wilson and Ed Helms are brothers looking for their father in the upcoming American comedy Bastards, scheduled to be released in
theaters on January 27, 2017.
The two set off on a road trip to find their father after having found out that their mother lied to them about his death, and one thing
is sure: their journey is full of adventures and memorable moments.
Directed by Lawrence Sher, who makes his directorial debut, the film stars also Glenn Close, J. K. Simmons, Ving Rhames, Katt Williams,
Terry Bradshaw, and others.
The track used in the official trailer is “Don’t Say Nothing” by The Heavy.