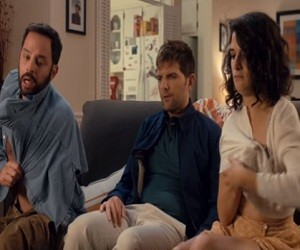 The trailer for the upcoming American comedy My Blind Brother, scheduled to hit theaters this Fall, on September 23, has been released.

The film, centered around an overachieving blind man and his unaccomplished brother, who fall and compete for the same woman, is directed by Sophie Goodhart and stars Adam Scott, Nick Kroll, Jenny Slate, Zoe Kazan and Charlie Hewson.
My Blind Brother had its world premiere at the South by Southwest festival on March 12, 2016 and about it it has been said that “it might be the most daring comedy of the year”.
The track used in the trailer is “Confused” by the Canadian indie rock band Yukon Blonde.