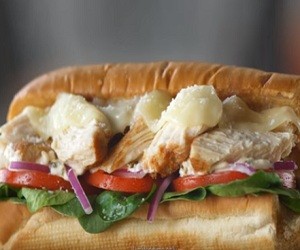 Subway has released a new commercial to advertise the all-new Chicken Caesar Melt Sandwich, which “redefines delicious with every bite”.

In the 30-second spot, featuring the sandwich ingredients one by one, the voiceover says that the new Chicken Caesar Melt is a great example of better sandwich at Subway and describes how it’s made: “We start with tender rotisserie-style chicken that’s raised without antibiotics, top it with a savory Caesar sauce, and add melted provolone and a sprinkle of Parmesan cheese for a flavor that’s so deliciously unique it redefines what a better sandwich tastes like”.
The voiceover ends by saying “The all-new Chicken Caesar Melt from Subway”.