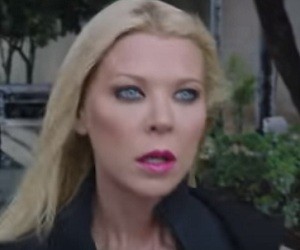 This summer get ready for a new chapter in the greatest cinematic franchise of all time, Sharknado 4: The 4th Awakens.

A sequel to Sharknado 3, the forth movie in the series is set five years after the East Coast was ravaged in Sharknado 3. Now, sharks and nados appear in completely unexpected places and ways.
The cast ensemble includes Ian Ziering, who reprises his role as Fin Shepard, the shark-fighting hero, Tara Reid as April, Ryan Newman, Cassie Scerbo, David Hasselhoff, Cody Linley and others.
The film will premiere in the US on Syfy, on July 31, 2016.