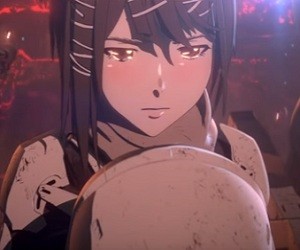 Netflix has released the trailer for its upcoming original film Blame!, which is an adaptation of Tsutomu Nihei’s Blame! manga.

The anime is set at the far horizon of technology, in an enormous multilevel city, expanding without end, where the last remnants of humanity, trapped between the guarantee of extinction and the threat of extermination, embark on one challenging mission: to survive and reclaim the civilization from the brink of oblivion.
Created by Tsutomu Nihei, Blame! will premiere in 2017.