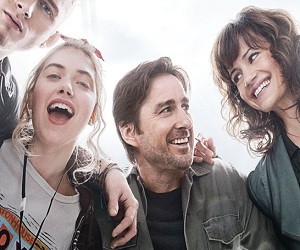 A new TV series will start on Showtime this summer. It is called Roadies and it is an American drama following the lives of a committed group of roadies who live for music.
Created by the Oscar-winning writer Cameron Crowe, the upcoming series stars Luke Wilson as the tour manager of The Station-House Band, a successful arena-level group, Carla Cugino, as the tour’s production manager, Imogen Poots, Rafe Spall and others.
The first season, of 10-ten episodes, will premiere on June 26 with the episode “Life is a Carnival”.