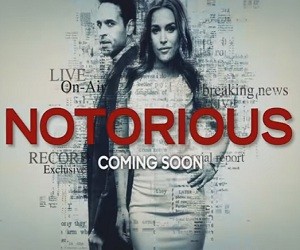 Another new show that will air on ABC this fall is Notorious, a drama series inspired by the real-life stories of the famous criminal defense lawyer Mark Geragos and the CNN producer Wendy Walker.
Written by Josh Berman (the creator of Drop Dead Diva) and blogger Allie Hagan, the series is centered around the professional and personal relationship of sexy attorney Jake Gregorian, who attempts to manipulate the media to win cases, and the TV producer Julia George, willing to fight in the mud when necessary.
Geragos, who has represented celebrities such as Michael Jackson, Winona Ryder and politician Gary Condit, serves, together with Wendy Walker, as executive producers of a show that looks into criminal law and media and how they interplay.
Notorious stars Piper Perabo, Daniel Sunjata, Kate Jennings Grant, Sepideh Moafi, Kevin Zegers, Ryan Guzman, J. August Richards and Aimee Teegarden. It will air on Thursdays, at 9 pm.