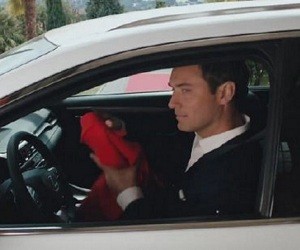 Hollywood star Jude Law promote the 2016 Lexus RX.
Campaign Message: “Live The Life RX”.
HP: “Lexus Europe has embarked on a creative collaboration with Hollywood actor and producer Jude Law: The Life RX.
The campaign filmed on the glamorous French Riviera amplifies the qualities of the spectacular new luxury SUV, the 2016 Lexus RX, bringing to life a fast-paced and exciting lifestyle in which the driver can decide just what is possible”.